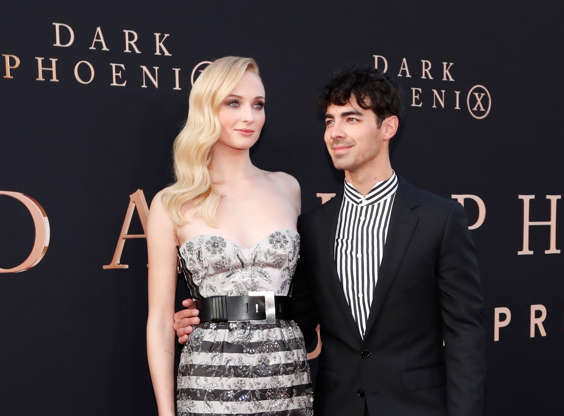 The ‘Game of Thrones’ actress took to Instagram on Thursday (15.08.19) to ring in her husband’s 30th birthday, with an adorable message that praised the Jonas Brothers singer as the greatest thing in her life.

Sharing an image of Joe on her Instagram Story, Sophie wrote: “Happy 30th to my love and the best thing that’s ever happened to me @joejonas I love you (sic)”

The sweet post comes after Joe recently said he “found happiness” with his 23-year-old spouse, whom he legally married in Las Vegas in May, before the pair had a larger ceremony in France in June.

In a post shared from their vacation in the Maldives, Joe wrote alongside a heart and a palm tree emoji: “I found happiness #discoversoneva (sic)”

Meanwhile, Sophie previously revealed her dad was “beyond pleased” when she married Joe.

She said: “My dad was beyond pleased when I married a musician because it was always kind of, ‘You have to marry a rugby player or a musician.’ So I got one of them right… He’s getting into the Jonas Brothers. They weren’t his demographic, but he’s getting into them now and he loves them and the new music is fantastic.”

And Joe admitted his own parents found out about his wedding online but he didn’t think they’d mind because it was only the “legal portion” of the marriage and they had planned a second ceremony for everyone to attend.

He said: “They did find out online. Well, in my mind, you know, that was the legal portion of the marriage. So I was thinking, like, ‘Look, this is not the most important day’ There’s an important day, I mean, I’ll keep private, but ahead of us. So we were, like, this is just whoever’s in town.”