Ms Ardern, who leads the Labour Party, has risen through the ranks of left-wing politics since entering parliament in 2008 at the age of 28.

Paddles, Ms Ardern’s special kitty that claims to have opposable thumbs, made her Twitter debut on 21 October, with the account @FirstCatofNZ.

Although it is not clear who is behind the account, the cat has nonetheless been met with a warm welcome from supporters as well as animal-lovers on Twitter.

“Paddles is First Cat and Clarke Gayford is First Man. This is amazing,” gushed one Twitter user, referring to Ms Ardern’s partner. 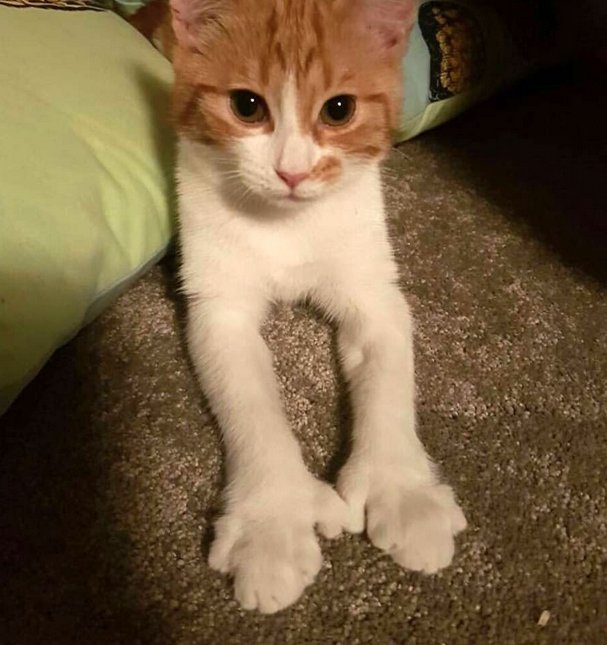 Hi, I’m Paddles and I am the First Cat of New Zealand. I have opposable thumbs, I’m purrty special.

“I, for one, welcome our polydactyl feline overlords,” said another in response to Paddle’s introductory tweet.

“I love this photo! No wonder your mummy won,” tweeted Amanda Hunt.

Me before becoming First Cat. Life was so easy. It was the campaign of my life and I am honoured to serve both people and puss.

While many rushed forward to introduce their pets, other political feline counterparts also came forward, including chief mouser Larry, of 10 Downing Street fame in the UK.

@FirstCatofNZ Welcome to the party.

Ms Ardern has told local media she has “no idea” who created the account but added that she enjoyed the tweets.

“Keeping in mind Paddles has thumbs, I can’t put it past her it’s her own account as well,” she joked, adding “she’s a polydactyl”.

Polydactyl cats have more than the normal number of claws – which makes them look like they have opposable thumbs.