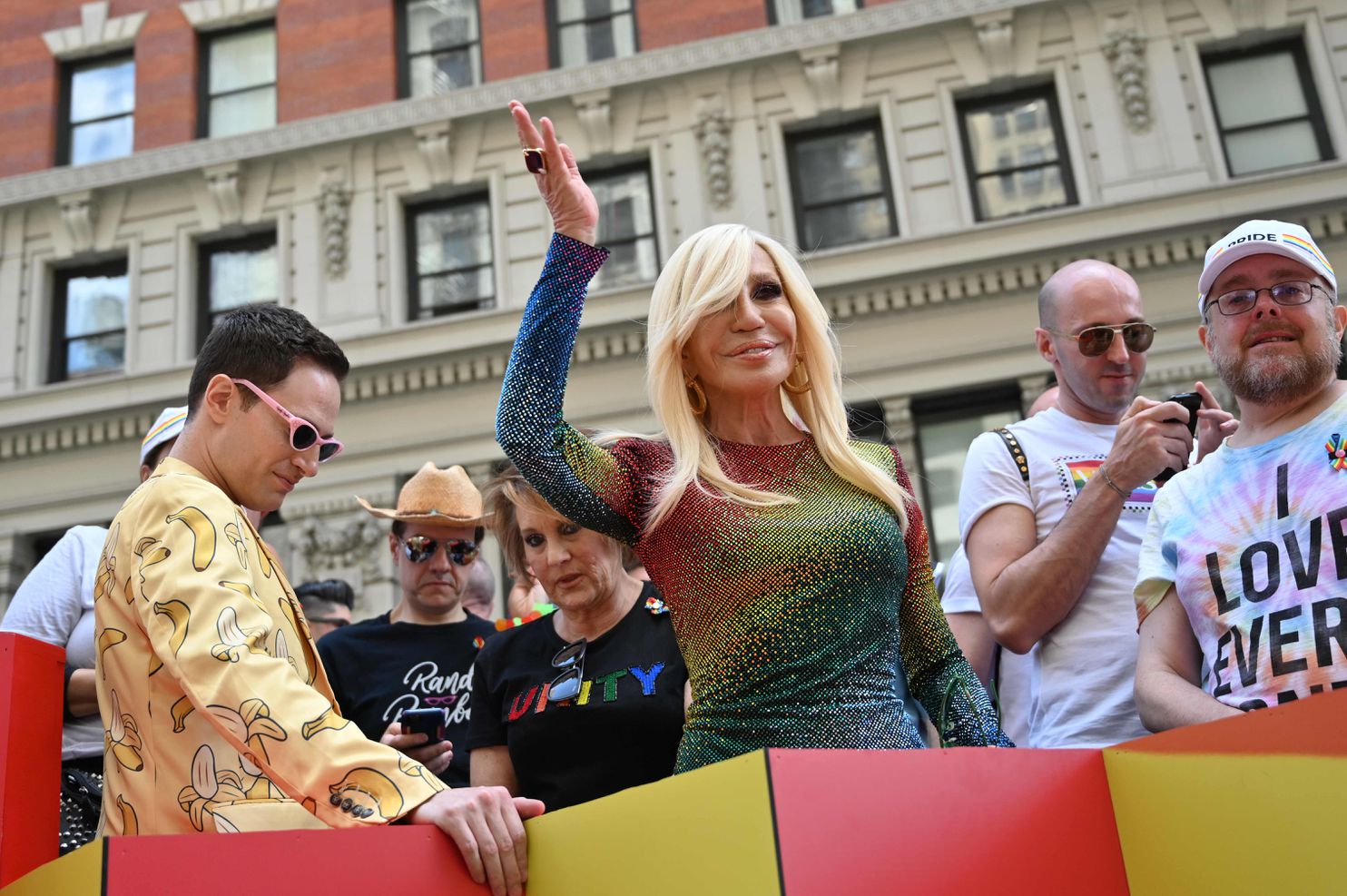 As tensions in Hong Kong continue to escalate after months of political unrest, China has sought to rein in international brands that have mistakenly identified the semiautonomous territory — and other Chinese-claimed lands — as independent countries.

From Versace to Givenchy, brands have swiftly offered apologies to China over their references to Hong Kong, Taiwan and Macao on their websites and on items of clothing. The online backlash and calls to boycott the brands come at a highly sensitive time for China, with Hong Kong rocked by protests — which kicked off in June — over concerns that Beijing is encroaching on the territory’s autonomy.

The Chinese market is key for luxury brands, and many have been quick to publicly express regret over clothing designs that have upset Chinese consumers.

Taking to Instagram on Sunday, Donatella Versace, head of the legendary Italian fashion house that her brother founded, said she was “deeply sorry,” alluding to the Chinese social media firestorm that erupted over the weekend. At the center of the backlash was a photo of a Versace T-shirt that suggested Hong Kong and Macao were independent countries, not part of China.

“Never have I wanted to disrespect China’s National Sovereignty and this is why I wanted to personally apologize for such inaccuracy and for any distress that it might have caused,” Versace’s post read.

Actress Yang Mi, who is Versace’s brand ambassador in China, issued a statement saying she would part ways with the label.

Coach and Givenchy followed suit after Internet users unearthed T-shirts bearing their brands that list Hong Kong as an independent country, and Calvin Klein apologized Monday for apparently identifying Hong Kong, Macao and Taiwan as independent countries on its website.

Chinese model Liu Wen terminated her contract with Coach after a T-shirt design listed Hong Kong, Macao and Taiwan as independent countries. The model apologized publicly on Weibo for working with the U.S. fashion label, saying, “I am sorry for the damage caused to the public for my poor choice of brand. I love my motherland and I resolutely safeguard national sovereignty.”

The Communist Party’s Central Political and Legal Affairs Commission posted an article on its WeChat account recommending that Cathay Pacific, the Hong Kong airline, and Versace listen to a song called “Liang Liang.” Meaning “cold, cold,” “liang liang” is Internet slang for something that is hopeless.

“Chinese people’s anger is not just verbal but will translate into action. The Chinese people have the determination, the will, and the ability to make you ‘liang liang’ completely,” the Communist Party department wrote on its social media page.

“China’s sovereign interests are not things of value that can be exchanged!”

On Monday, Japanese sportswear company Asics joined the long line of brands apologizing after it listed Hong Kong and Taiwan as independent countries on its English site.

“We sincerely apologize for what the [Chinese] press pointed out about Asics’ official website, and solemnly state that Asics China and all our employees have consistently supported the territorial integrity of our motherland, the ‘One China’ principle, as well the fact that both Hong Kong and Taiwan are an inalienable part of China,” it said in a statement posted on Weibo.

The uproar is the latest in a long history of brands running afoul of national sensitivities in various countries.

In June, Kim Kardashian sparked outrage in Japan and on social media after labeling her new shapewear line “Kimono.” The star was accused of disrespecting Japanese culture and stealing the name of a traditional Japanese garment. At the time, many people used the hashtag #KimOhNo to express disgust and demand an apology.

Kardashian later released a statement saying she would change the name.

In May, American retailer Gap swiftly apologized to China over an incomplete map printed on one of its T-shirts that omitted Taiwan and failed to show what China calls “Southern Tibet.” The shirt, which was being sold in Canada, also failed to draw a line around China’s territorial claims in the South China Sea.

With backlash mounting, the company said it respected “the sovereignty and territorial integrity of China” and offered an apology.

“We’ve learned a Gap brand T-shirt sold in some overseas markets mistakenly failed to reflect the correct map of China. We sincerely apologize for this unintentional error,” it said in a statement.

In January, China received another apology, this time from Marriott International. In a letter to its rewards club members, the company asked customers about their countries of residence, listing Tibet, Hong Kong, Macao and Taiwan among the options — a move that drew the ire of China’s government.

“I’ve heard that men are like fine wine. They begin as grapes, and it’s up to women to stomp the shit out of them until they turn into something acceptable to have dinner with.”